According to the research data analyzed and published by Sijoitusrahastot, the series is expected to outperform 2020’s Galaxy S20. However, it could fall considerably short of 2019’s Galaxy S10, shipping 30% fewer units than S10 over four quarters.

Some of the factors contributing to the uncertainty include the proximity to the iPhone 12 launch, concerns over pricing and higher competition. Over the past two years, the gap between iPhone and Galaxy launch dates has narrowed while the difference in pricing has not. Moreover, iPhone 12 launched much later than expected in 2020. Samsung has also accelerated its 2021 launch as it typically launches in February, about the same time as the Mobile World Congress trade show.

Consequently, the gap between the iPhone 12 and Galaxy S21 launches was a mere 12 weeks. In key markets such as the US, the robust performance of iPhone 12 makes it the dominant player in terms of online space, promotions and shelf space. Furthermore, in January and February, post-holiday flagship sales make the timing less than ideal for a product launch.

Samsung’s early launch could have been aimed at capitalizing on Huawei’s woes resulting from the tightening of the US trade ban. However, the company will have an uphill task in filling the vacuum considering how crowded the smartphone market has become.

Likely due to the popularity of the iPhone 12 lineup and lower demand for its chips, Samsung’s Q4 2020 profit fell short of analyst expectations.

It was also about 500 million won lower than analyst estimates, as polled by Bloomberg. However, it was almost equivalent to the 9.1 trillion won estimate provided by Refinitiv SmartEstimate.

Samsung had warned that Q4 2020 results would be lower than Q3 2020 due to tough smartphone competition and lower memory chip sales to server customers.

In Q3 2020, the smartphone maker had a 59% jump in profit thanks to a boom in demand for consumer electronics and smartphones. Following the launch of the iPhone 12 series in October 2020 though, the Galaxy Note 20 Ultra 5G, its best-seller, fell from first to third position on the list of best-selling smartphones.

According to a Digitimes report, the global smartphone industry’s sales declined about 8.8% in 2020 to 1.24 billion units. While Apple and Xiaomi saw their shipments rise by over 10% during the year, Samsung and Huawei had double-digit drops.

Samsung’s Semiconductor Business Projected to Grow by 20% in 2021

Macquarie Equities Research is bullish on Samsung pointing to a turnaround in its memory chip business in Q1 2021. Average selling prices are expected to rise, which would provide a boon for the semiconductor business.

Notably, the semiconductor segment is among the top revenue generators for Samsung Electronics. According to data published by Samsung, the segment raked in $16.14 billion in Q3 2020. It was only second to mobile communications, which made $25.59 billion. Consumer electronics generated a total of $12.09 billion during the period.

Based on Counterpoint Research data, the semiconductor industry is expected to report robust growth in 2021, particularly from its foundry sector.

Notably though, Apple will be the top customer for 5nm chips globally in 2021, accounting for 53% of all orders. Qualcomm is set to be the second largest, accounting for a 24% share as it is expected to supply Apple with its modem chips for iPhone 13.

Apple’s orders will all be handled by TSMC, which is projected to book $10 billion in revenue from 5nm chips by the end of 2021.

In total, Samsung Foundry and TSMC’s capacity utilization rate is expected to reach 90% in 2021 thanks to strong flagship 5G smartphone models. 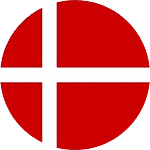