SpaceX recently completed a fresh funding round sending its valuation to a new high. According to the research data analyzed and published by Sijoitusrahastot, the private company raised $850 million at $419.99 per share.  Thanks to the new capital injection, the company’s total valuation surged by 60% to $74 billion.

Since its launch in 2002, SpaceX has raised a cumulative $6 billion, the latest injection included. In August 2020, it raised $1.9 billion during a venture round at a valuation of $46 billion.

According to the report, existing investors and company insiders sold an additional $750 million on a secondary transaction.

The total figure raised during the round was just a fraction of available funding in the marketplace. In a span of three days, the company reportedly received offers worth approximately $6 billion.

SpaceX is currently involved in two simultaneous projects, Starship and Starlink, both of which are capital intensive. Starlink is aimed at building a constellation, a vast interconnected internet network containing thousands of satellites. Once it is completed, it should deliver high-speed internet to users all over the globe.

The project still requires about $10 billion to complete, but once it is done, it has the potential to generate $30 billion in annual revenue. That would equate to about 10 times the current annual revenue generated by SpaceX’s rocket business.

Starlink already has over 10,000 users in the US and elsewhere after only three months of operation in public beta. At least 1,000 satellites are in place and customers in the US, Canada and UK can pre-order at $99. Once its cash flow stabilizes, Elon Musk revealed that the company intends to take Starlink public.

SpaceX is also working on the construction of the Starship rocket, its second project. Currently, it is testing prototypes in Texas. Under this project, the company aims to create a reusable rocket system comparable to commercial airplanes.

Elon Musk is the CEO and lead designer behind SpaceX. According to the Federal Communications Commission, he has a 54% stake in the company and controls over 78% of its shares’ voting rights.  Best known as the CEO and founder of Tesla, he is behind multiple massively successful companies. Besides SpaceX and Tesla, some of his most renowned investments include Google’s Deep Mind, PayPal Holdings and The Boring Company.

According to the Bloomberg Billionaires Index, Musk had an estimated net worth totaling $209 billion as of January 2021. At the time, he was ranked as the richest person in the world, ahead of Amazon CEO Jeff Bezos. His wealth upsurge in 2020 went on record as the fastest rise in history to the top of the wealthiest persons’ list.

He started the year with a net worth of $27 billion, placing him in the top 50 richest persons. As a result of Tesla’s stratospheric rise in share price of about 800% in the year, he added more than $150 billion to his net worth in the period.

Jeff Bezos had prior to January 2021 held the position of the world’s wealthiest person since 2017. His personal wealth is primarily tied to Amazon stock, which has seen him hit repeated wealth milestones. Back in 2018, his personal wealth surged above $150 billion. In August 2020, Bezos became the first man with a net worth of more than $200 billion.

On the other hand, Tesla stock is trading at $610 and it has a market capitalization of $627 billion. Its share price has increased by a remarkable 341.69% over the past year.

For the first time since launch, Tesla reported positive net income in 2020, amounting to $721 million. Comparatively, Amazon’s net income for 2020 was $21.33 billion. 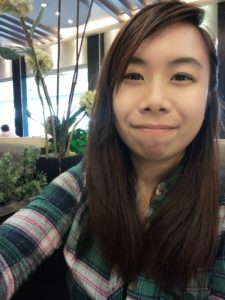